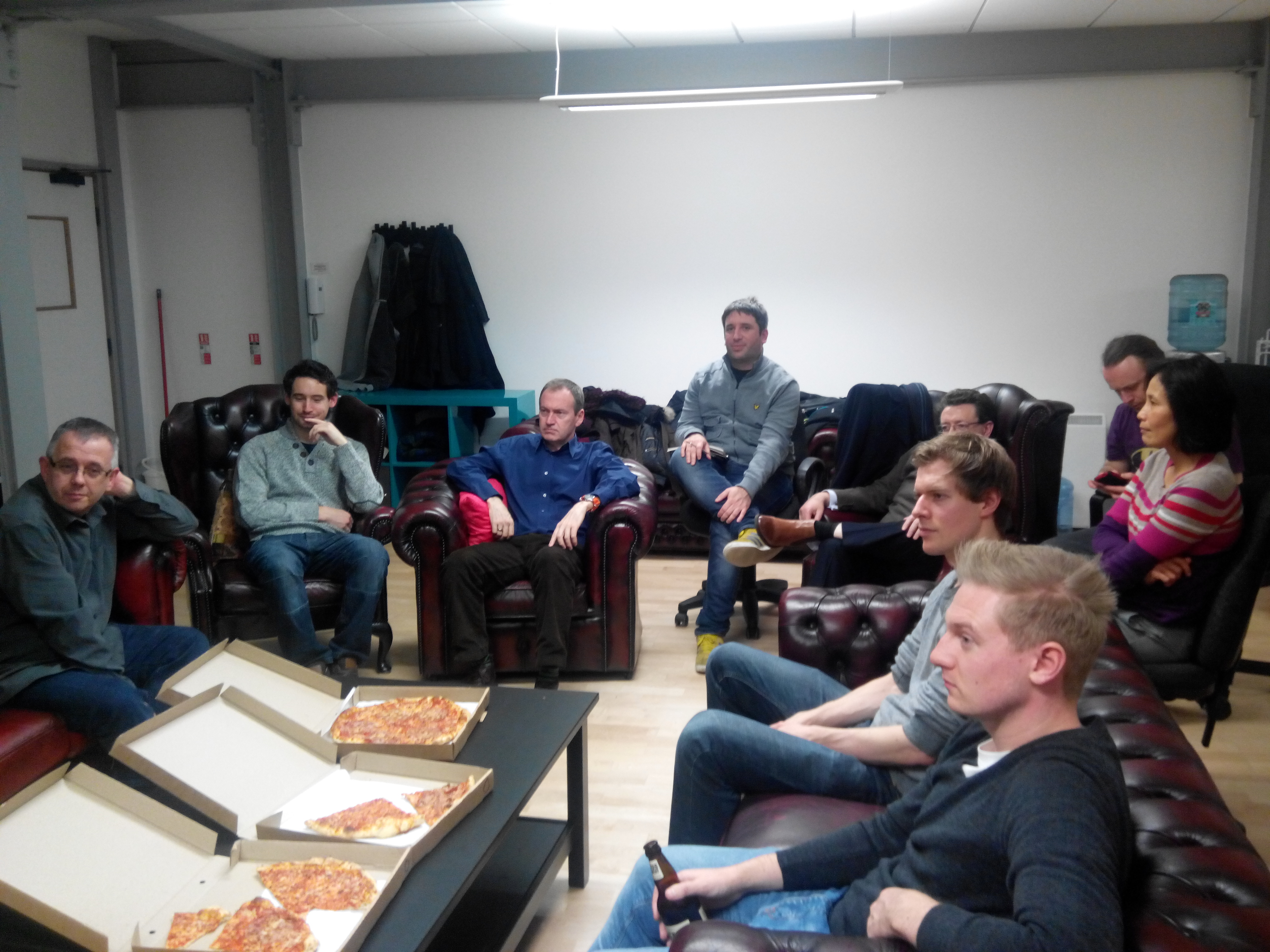 It was great to see that for the XIII Drupal Yorkshire meetup we had both familiar and a good number of new faces.

Paul Driver kicked us off recapping some of the highlights of the first twelve months and introducing the meeting, with business including discussing and planning a Sprint and Camp in Yorkshire. 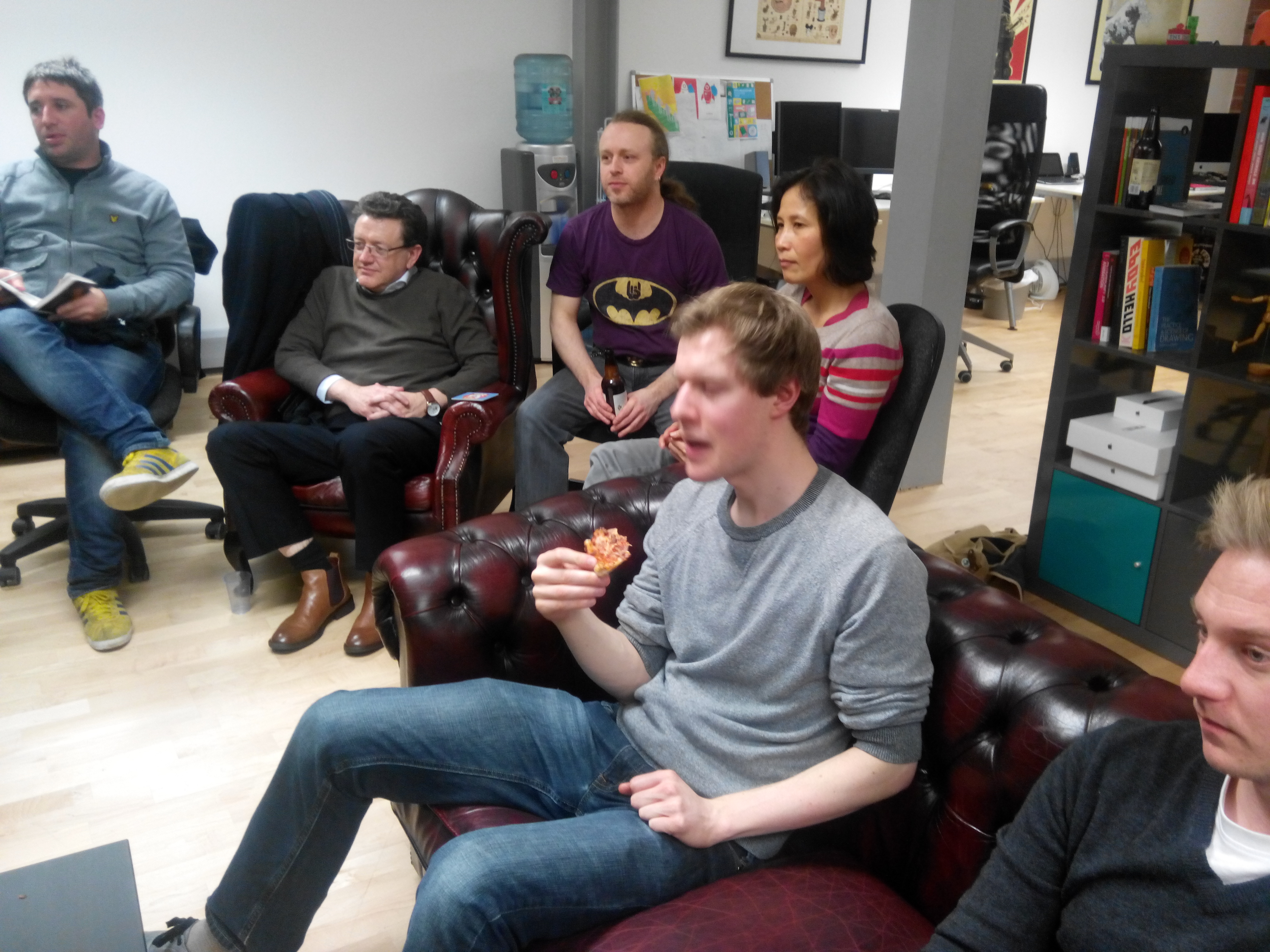 Paul put to the group the suggestion to change the date of the meeting from the second Tuesday of the month. The group felt it would be a good idea and there were no objections to trialling it, since there may be people wishing to attend Drupal Yorkshire with other commitments on that evening each month and because the second Tuesday conflicts with other related events in Leeds. Some venues were also suggested for future meetups and it was noted that the format need not stick rigidly to the speaker format, although that often works very well the format could also be more of a practical nature sometimes. 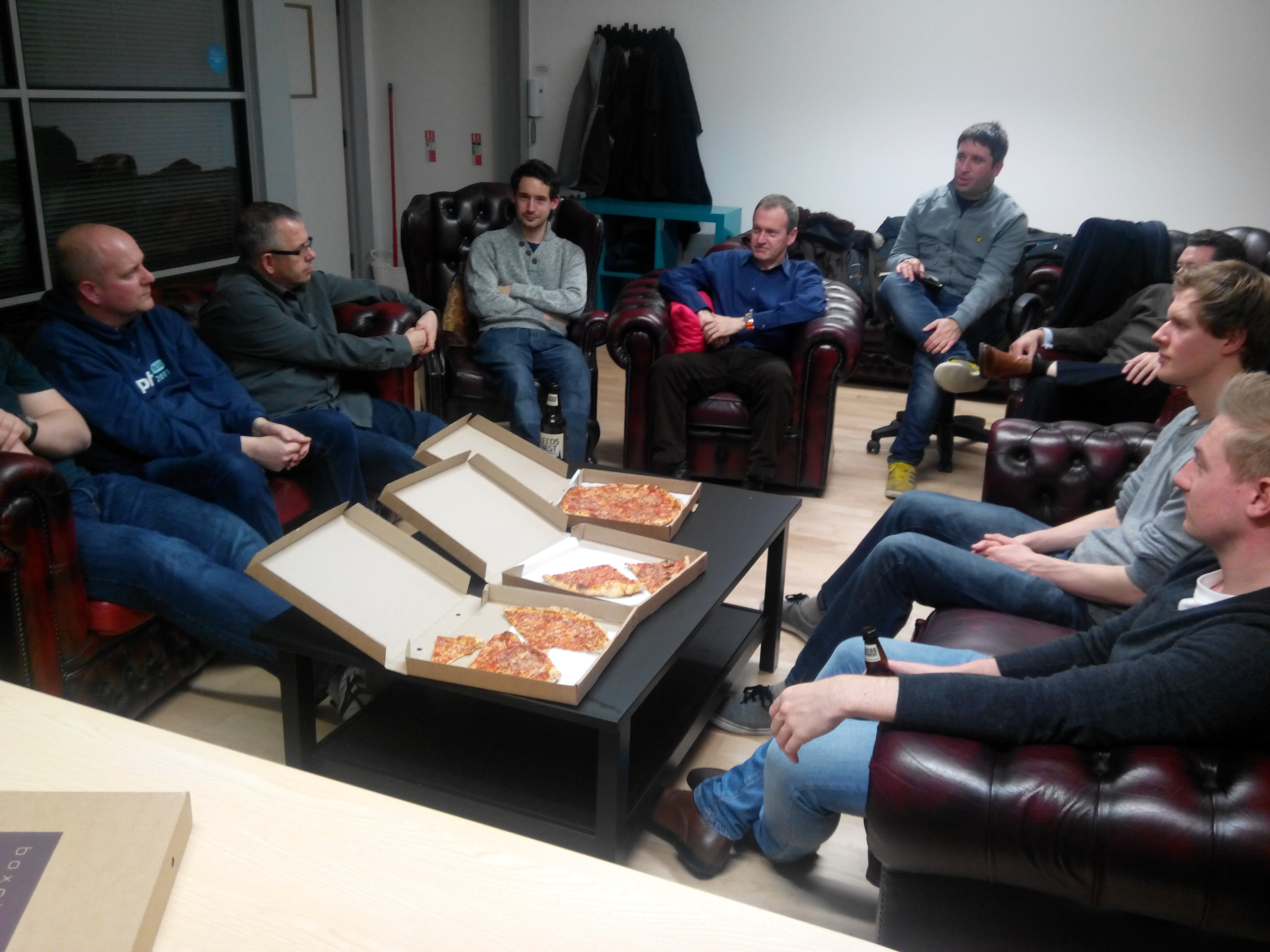 On the subject of a Drupal Camp, Paul Driver has been putting in a great deal of effort in scouting out potential venues. The group also put forward a few more suggestions. Paul Woodhead suggested holding a camp in the spring, the alternative six month point from the North West Camp. He suggested a six-month lead up time to organise, prepare and book so that the camp could take place in Spring 2015.

Andrew Macpherson, another of our Drupal Yorkshire veterans, then spoilt the group with some Drupal goodies including Drupal merch and memorabilia, t-shirts and a few copies of a much sought after Drupal comic book. 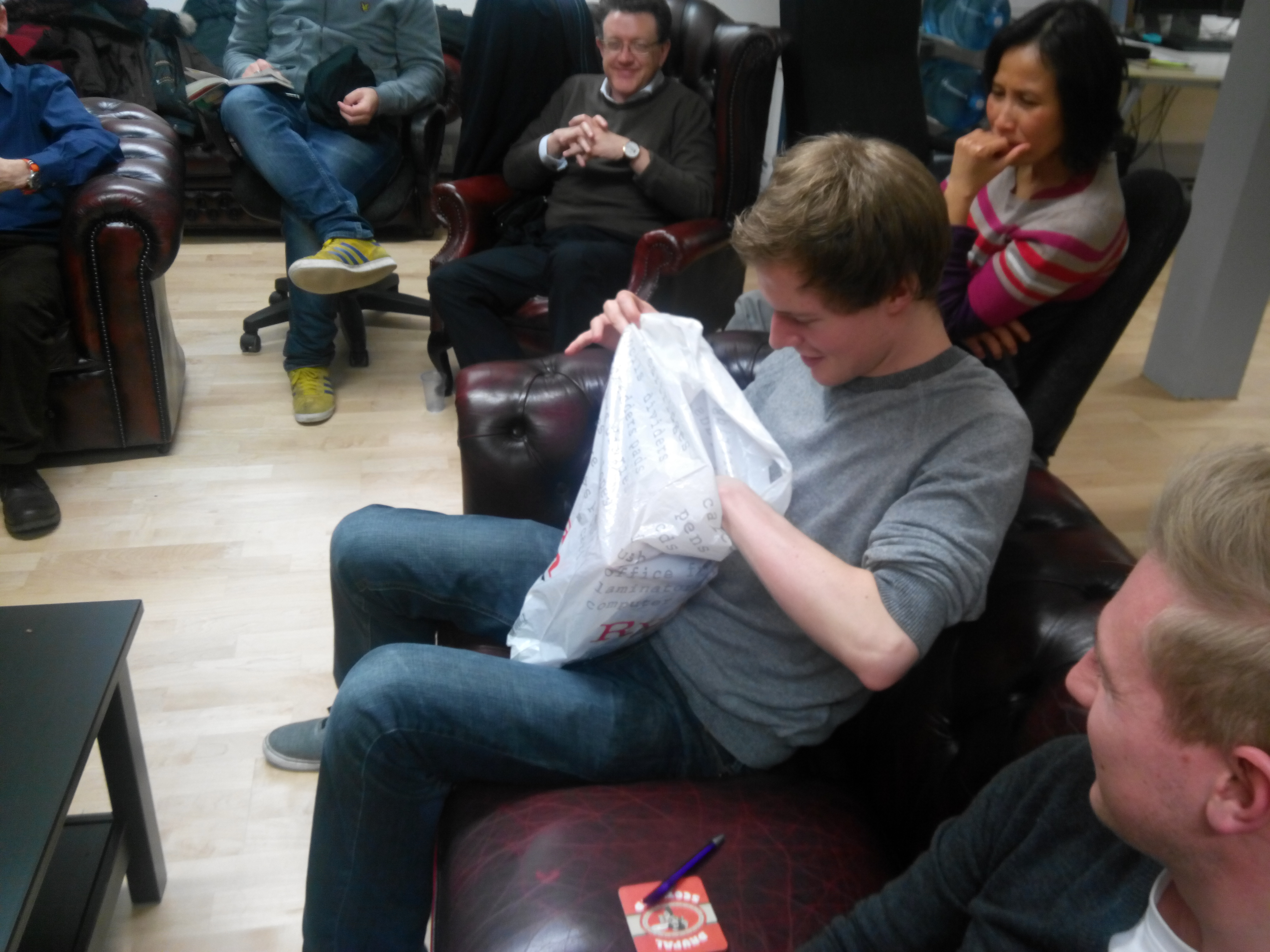 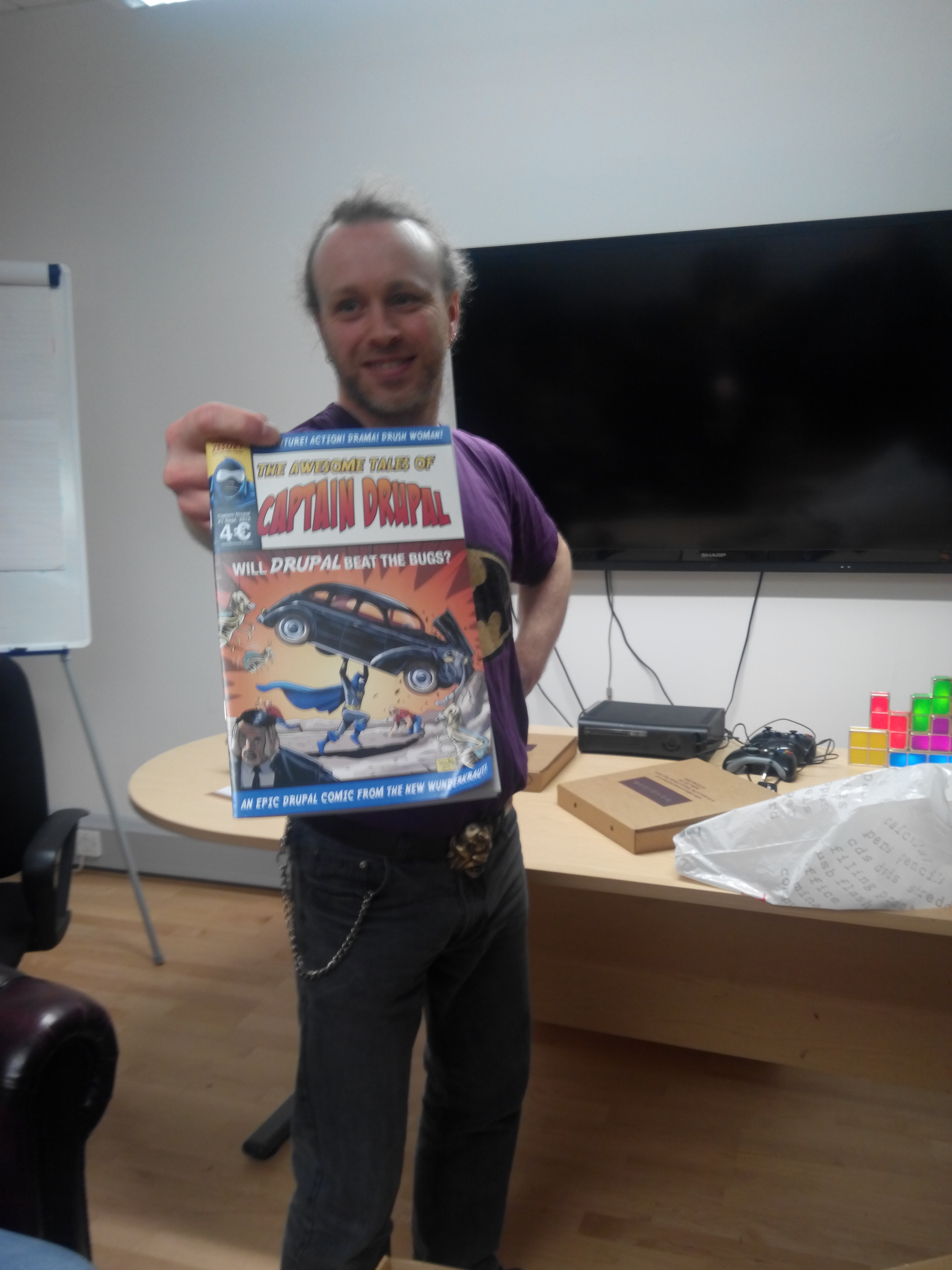 After that it was time to hit the pub where discussion about the relative merits of various operating systems and IDEs, Drupal backend and image embedding in WYSIWYG editors and before closing time Paul Driver impressed the remaining drupalers with a look at his websites for schools project.

Meetups are held on the 3rd Thursday every month, from 6.30pm (UK)