We had an all round productive meetup this month, following on from our highly successful DrupalCamp Yorkshire weekend. Seeing as the weather was good, we headed to The Adelphi, a good pub in the centre of Leeds, with an outdoor space.

First we met outside and caught a few rays whilst sipping on some fine ales, simultaneously basking in the glory of our first DrupalCamp Yorkshire. Some fine moments of that past weekend were discussed, and we even had a sneak-peek at the draft edit of the DrupalCamp Yorkshire video (shot entirely from @pmcclory's iPhone!). 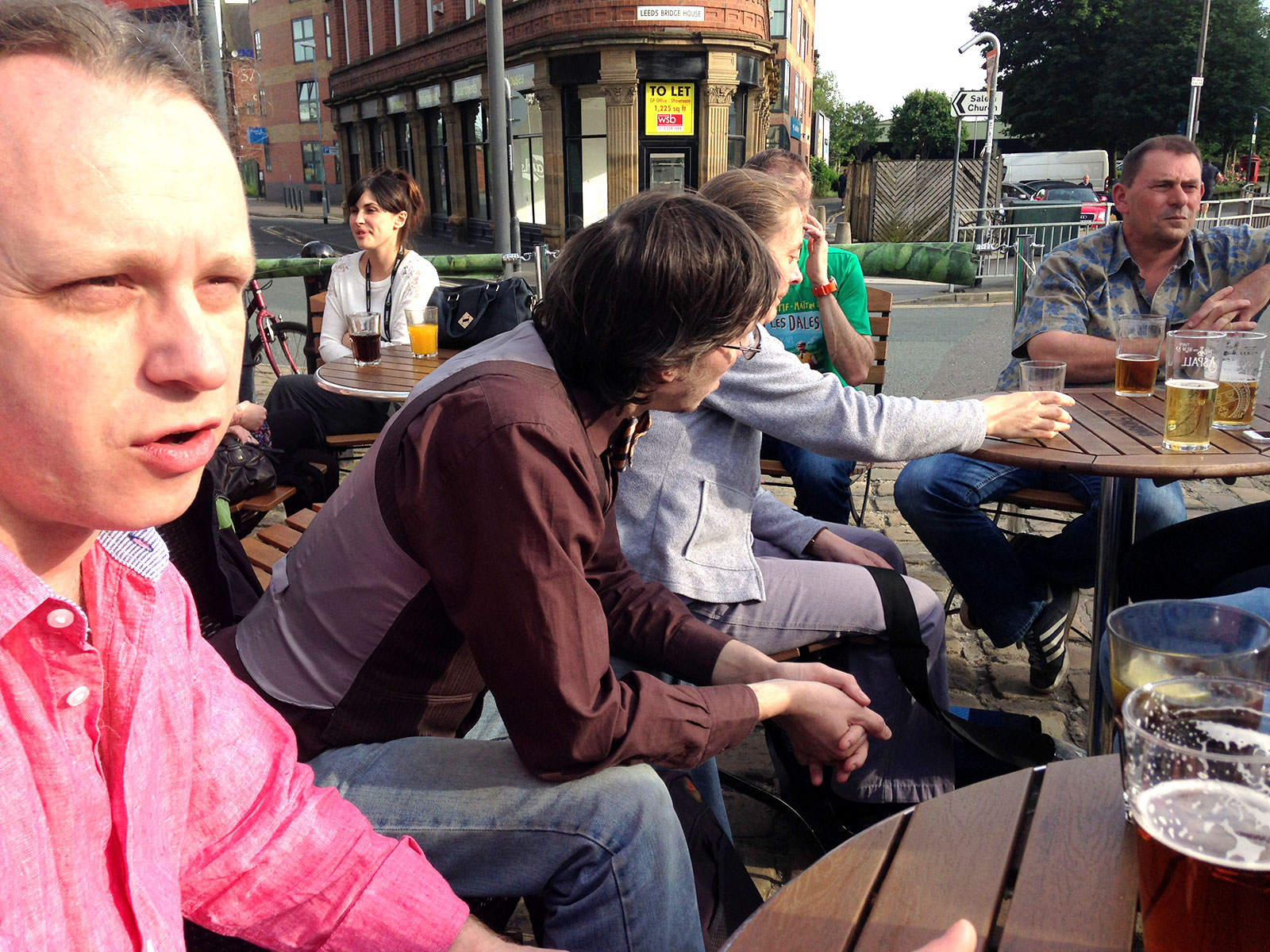 After this we got a few bar snacks and headed in to fill a room with MacBooks. The task for the evening was to do a quick sprint on this very site, as it had been long-neglected!

@Dan_Harper83 quickly got on with noting down features and amends to the existing site as they were discussed by the group. In a lightening flash, @DannyMeldrum replaced the old theme with a much-improved responsive theme, whilst others (@rijidij @MartianWebDev, @tcwoolley, @MrPaulDriver to name but a few) got on with implementing new features and re-configuring parts of the site to fit our new spec. @pmcclory also brought up the idea of having a project form on our site for charities and non-profits to send potential projects for us to sprint on in future, which everyone thought was a great idea, and added as one of the features.

At the end of the evening we had made a great deal of progress on the site, and felt a big sense of achievement :)

Until next month, cheers!

(Add yourself to our meetup group if you haven't already done so).

Meetups are held on the 3rd Thursday every month, from 6.30pm (UK)